When hotels ask me at which date I’ll arrive, I usually answer that I don’t know… but I’ll contact them again a few days before: if they can receive me, well, super great, and otherwise, no worries, for another time! It’s very difficult to give a date in advance. Why that? Paraguay was a good example on this matter!

I love letting my itinerary drawing itself at the whim of encounters, keeping this freedom and flexibility, being able to stay more or less time according to my wish of the moment. In Latin America, people are generally rather flexible and react well to the proposal.

I thought that I would visit Uruguay and not Paraguay. It happened to be the contrary! I did not find any responsible tourism initiative to visit in Uruguay. In Paraguay, Analia, from the Rural Tourism Network of Bariloche, put me in contat with Carolina of the Moises Bertoni Foundation. Carolina was super reactive and I then quickly accepted a quick stop over in Paraguay. I thought that I would spend three days with the museum and natural reserve project (which is located right next to the Iguacu waterfalls, on the Argentina/Brazil border), and then go directly to Brazil… but it was without counting on the great hospitality and generosity senses of the Paraguayans. 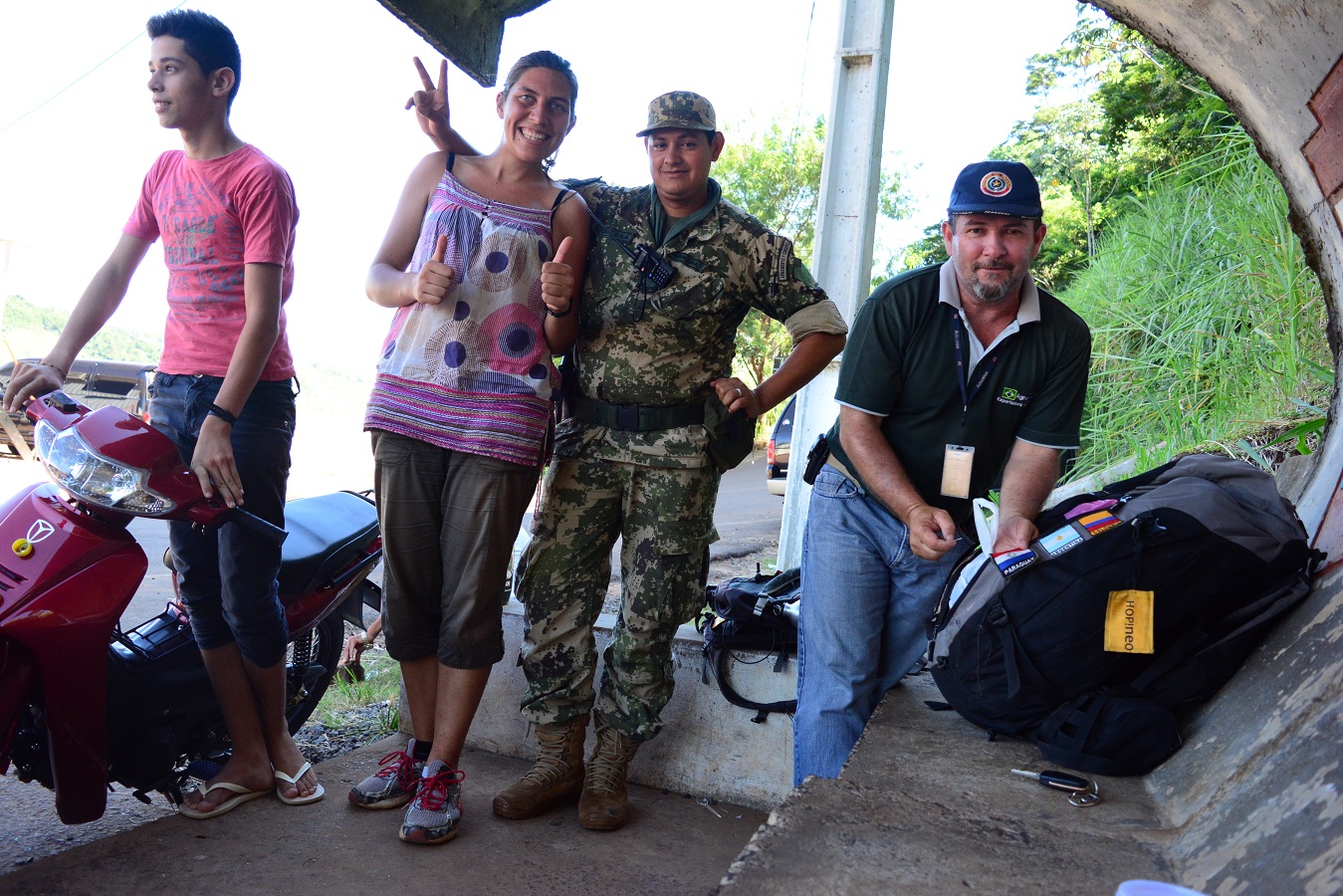 Everything started so well when:

If I did “have” to leave for a case of “force majeure”, I believe I would still be there! Paraguay is part of these well hidden secrets of South America, but for how long? People are so nice, the economy seems to be flourishing and the indigenous culture very present (the guarani is in fact the official language of the country asides spanish). When the access to the different natural reserves of the country will get better (and if deforestation doesn’t get worse…), I’m sure that international ecotourism will finally start to get bigger. If you understand spanish, I invite you to watch this great paraguayan movie: Siete Cajas.

And, well, about this case of “force majeure” which made me leaving the country… Will you guess from where I’m writting to you today?!

… from Rio de Janeiro…
and what will start this week in Rio?
The carnival of course! 😀

Marketing case study work:
“How to develop the destination towards the international market?”